Skip to Main Content
It looks like you're using Internet Explorer 11 or older. This website works best with modern browsers such as the latest versions of Chrome, Firefox, Safari, and Edge. If you continue with this browser, you may see unexpected results.

Stories of the Chinook People

The Stories, Myths and Texts of the Clatsop, Cathlamet, Multnomah, and Clackamas Peoples of the Lower Columbia River, Oregon and Washington

This bibliography lists the known published literature of the Chinook peoples of the Lower Columbia River. The Chinook were renowned traders and fishermen who lived in dense settlements along the lower reaches of the Columbia River, from the Gorge of the Cascade Mountains westward to the Pacific. The Chinook were amongst the wealthiest people in the Pacific Northwest, by virtue of their control of trade routes and prized fishing locations along the river. Their oral literature was equally rich, and their mythical pantheon was populated by powerful spirit and animal figures, ghosts, and ancestors. Their language forms one of the foundations of Chinuk Wawa. Most Chinook stories were recorded by the renowned anthropologist Melville Jacobs in the late '20s from a remarkable lady, Victoria Howard. 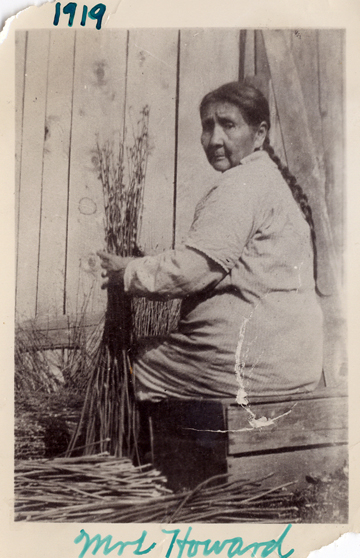 "Victoria (Wishikin) Wacheno Howard was the teller of Clackamas Chinook narratives and traditions transcribed by anthropologist Melville Jacobs and published by him as Clackamas Chinook Texts (1958-1959), one of the richest records of the indigenous northwest Oregon storytelling art. While Jacobs referred to her invariably as “a Clackamas Chinook,” Howard’s origins were more complicated, though not unusually so for the tribally and linguistically diverse reservation community into which she was born and spent most of her life.... Clackamas is also the name linguists apply to the Upper Chinook dialects of the lower Willamette River and the Clackamas River.

Victoria’s grandmother, waġáyuɬən spoke the dialect used at Willamette Falls. Her mother-in-law, wásusgani (or Charlotte), though originally from a Chinookan-speaking group indigenous to the Cascades of the Columbia River, had lived since a young woman among speakers of her husband’s Clackamas River dialect. Victoria also spoke the Molalla language, though not as fluently as she spoke Clackamas; and by her own account, she had grown up speaking Chinuk Wawa (Chinook Jargon), the original common language of the Grand Ronde Reservation. It is to her “clear English,” as Jacobs characterized it, that we owe not only his field translations of her Clackamas dictations but also a great deal of supplementary information he recorded on northwest Oregon indigenous cultures and history. The multitribal and multilingual complexity illustrated by her life's story was more the norm than the exception on the Grand Ronde Reservation during the late nineteenth century.

Professor Jacobs dedicated much of his working career to documenting the endangered indigenous languages and cultures of western Oregon. He was first led to Victoria Howard in hopes of documenting the Molalla language, but on discovering that she was much more fluent in Clackamas, he commenced to transcribe traditional narratives and ethnographic and historical descriptions in that language (1929-1930). During the same sessions, he sampled her knowledge of Chinuk Wawa and made audio recordings of her extensive repertoire of indigenous songs." 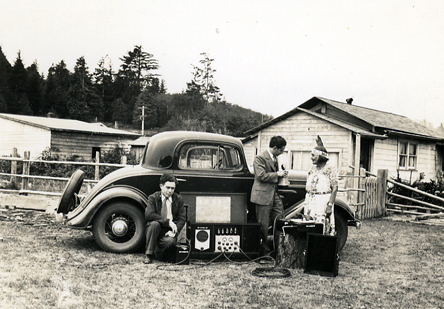 The Chinook who lived along the Lower Columbia River were:

the tlacep or Clatsop people at the mouth of the River

the Shoalwater Chinook around Willapa Bay

the gitlakimas or Clackamas people along the Clackamas and Sandy River